Kamen Rider Hibiki & The Seven Senki : This movie marks the debut of Kamen Rider Hibiki’s final form and also explains the history of the Makamou and Oni war. In the Sengoku period, a young boy who has the same resemblance and name as Asumu is wandering around with his childhood friend Hitoe. In this time, the humans all knew and feared the Makamou, sometimes forced to sacrifice one of their own to spare an entire village from the Makamou’s wrath. Suzu was such a case as she was offered up as the yearly sacrifice to the Orochi to keep it from killing the villagers. After some protesting from the girl’s father, the man was killed by Douji and Hime before Suzu and her father’s corpse were consumed by the Orochi. A year later, a mark appears upon Hitoe’s hand, making her as the next sacrifice to the Orochi. Asumu, unwilling to let her meet such a fate, sets out to find a way to stop it. Meeting the village elder Tobei and the others for such a means, learning the only way is to bring an Oni, though many villagers see them to be no different than the Makamou, despite the fact that they fight the monsters. Asumu understands the danger but insists on setting out in spite his own history with an Oni. Tobei sends along his daughters, Kazue and Hinako, to help. 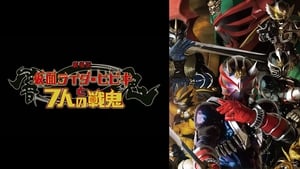